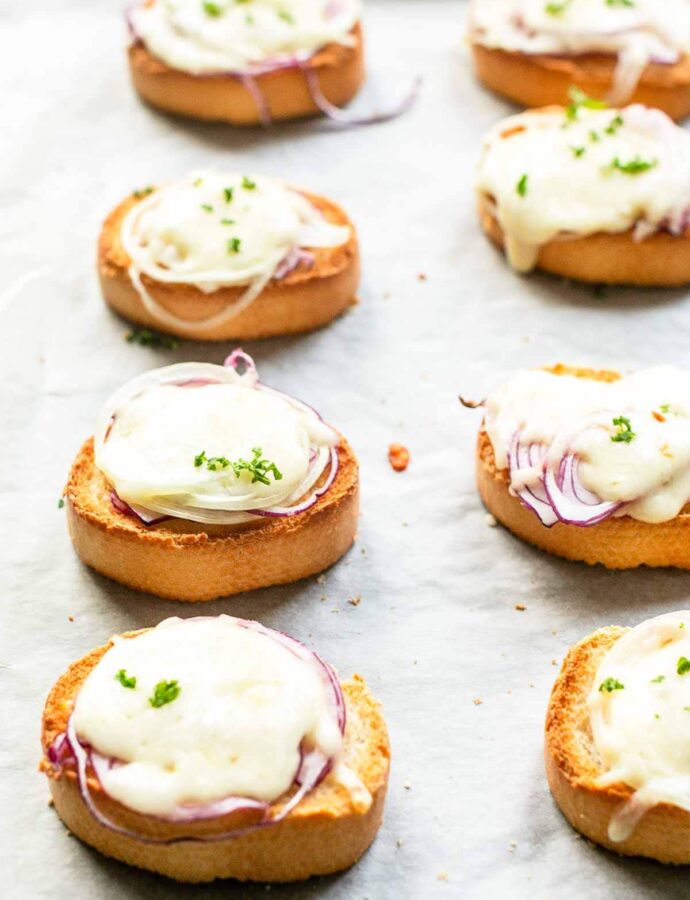 These cheese onion crostini are the best!

They make for a great appetizer or snack and you can serve them on many different occasions. What is so great is it quick and easy, tasty and a rather cheap recipe. Ready to learn how to make cheese onion crostini? Join me in the kitchen! 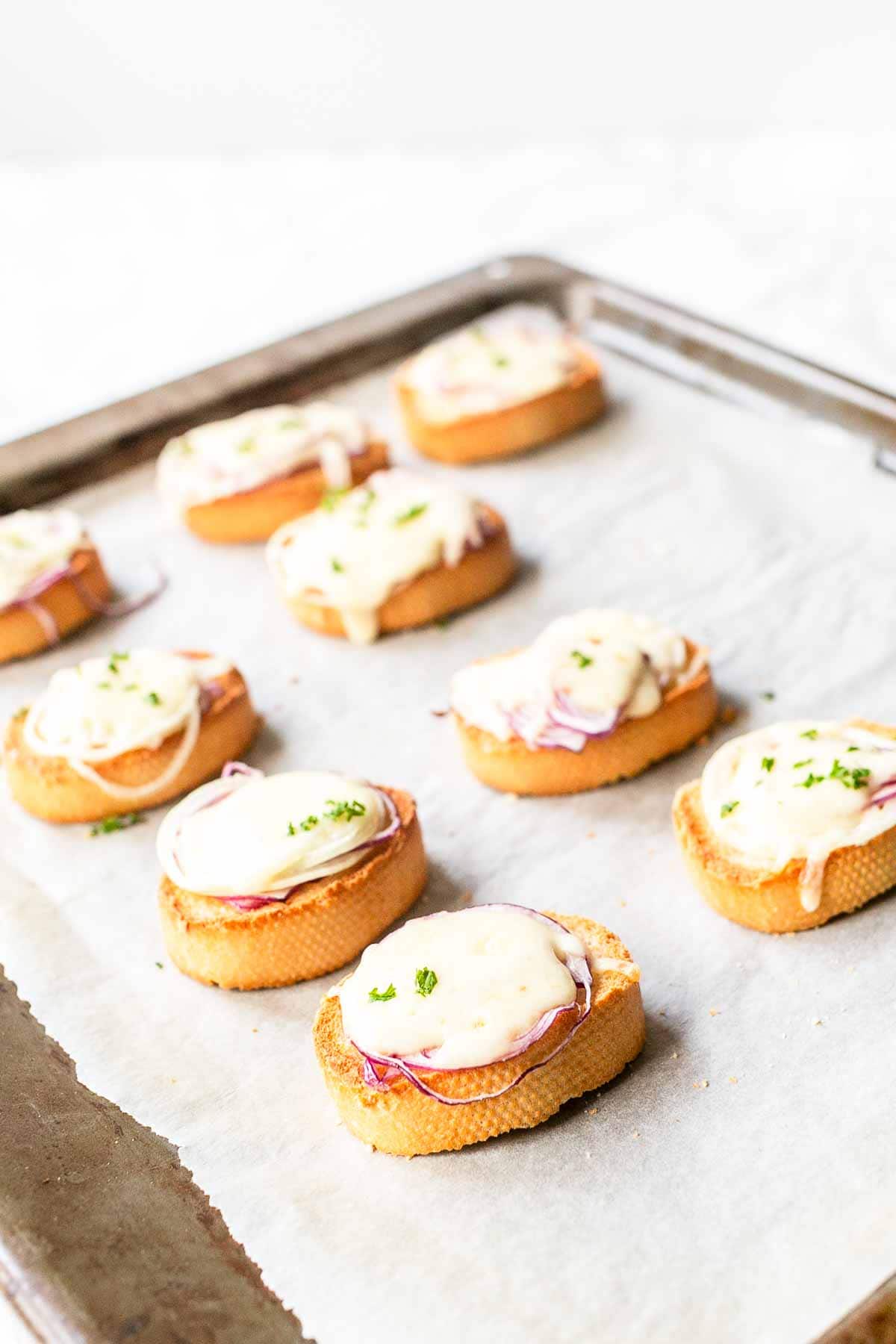 Soup and bread are a great combination. That is why I love to serve these crostini with a delicious soup like onion soup or a rustic roasted tomato soup.

Is crostini French or Italian?

Crostini or crostino, for a single slice, is originally an Italian appetizer. It is made with small slices of grilled or toasted bread with one or more toppings.

These toppings can include:

You can also serve them with olive oil, herbs or sauce.

What is the difference between crostini and bruschetta?

The main difference between bruschetta and crostini is the size of the slice.

A bruschetta is made with a whole, wide slice of rustic Italian bread like focaccia or no-knead bread.

Crostini are made from a smaller type of bread like a baguette. You can serve them with a similar kind of topping although bruschetta is more commonly made with vegetables like roasted tomatoes. 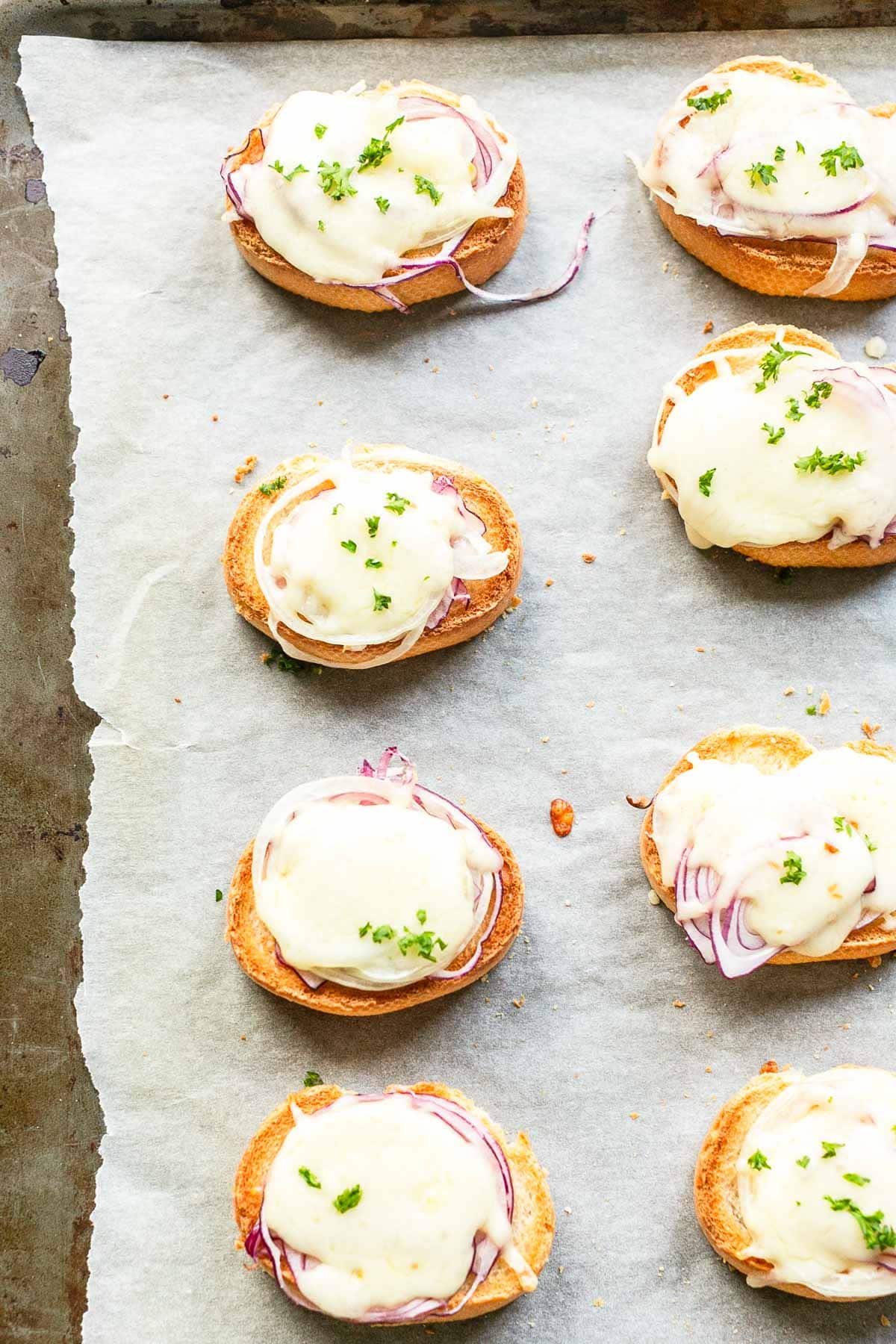 To make this simple appetizer you need just a handful of ingredients. You are free to add or remove ingredients as you like.

Be sure to start with: 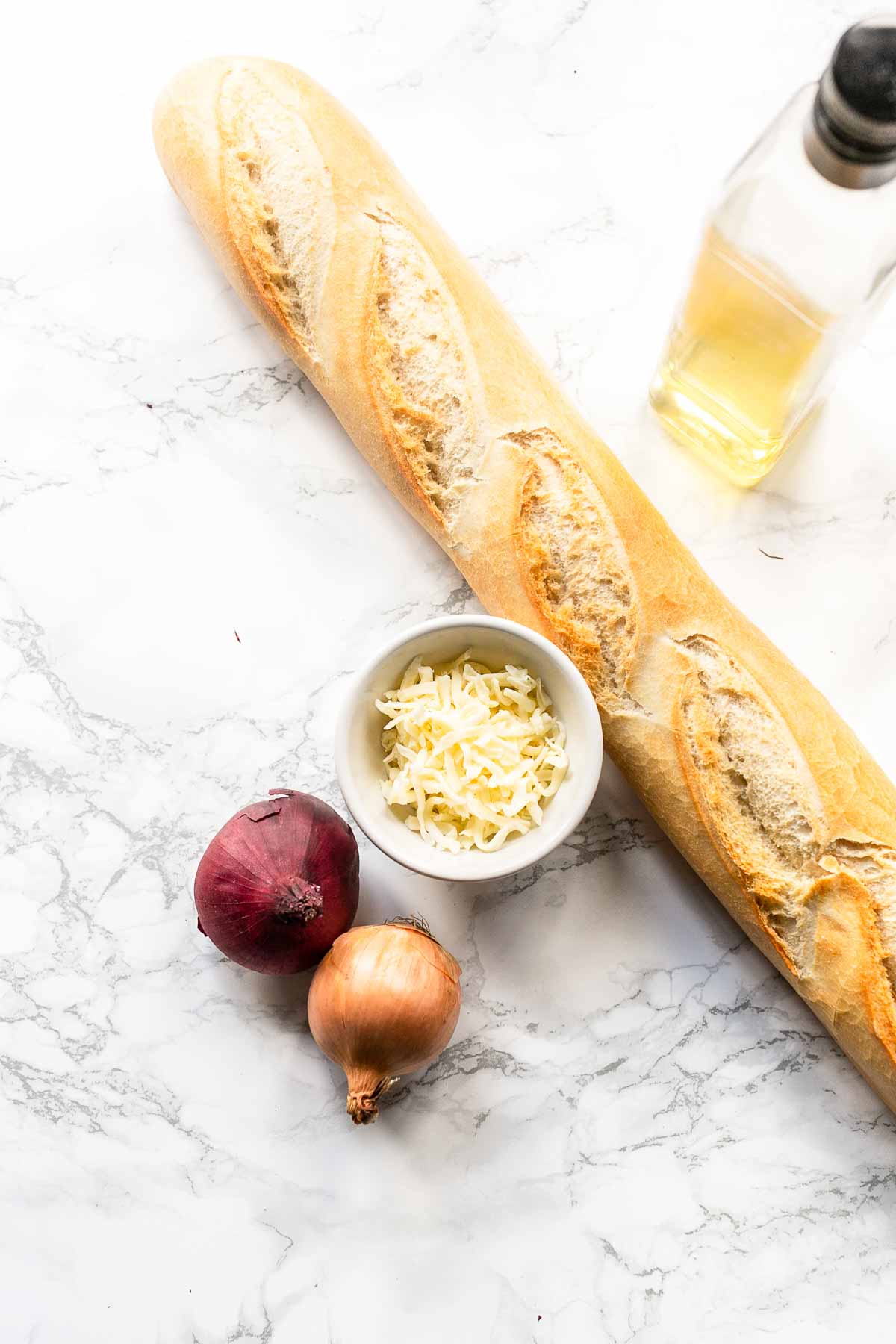 How to make cheese onion crostini

Slice the baguette in thin slices and put them on a baking sheet lined with parchment paper.

Heat the broiler in your oven. In the meanwhile slice, the onions really thin using a mandolin or sharp knife.

Put the baguette slices underneath the grill for 1-2 minutes or until golden brown. Turn and toast the other side for another 1 to 2 minutes.

Stay close by the grill as toasting the bread can go really fast.

Take the sliced baguette out of the oven. Brush the slices with olive oil and add a thin layer of white and red onion rings.

Sprinkle with grated hard cheese like mozzarella or parmesan and add some dried oregano. Return to the oven until the cheese is melted, this will take about a minute or two.

Take out of the oven and serve immediately. 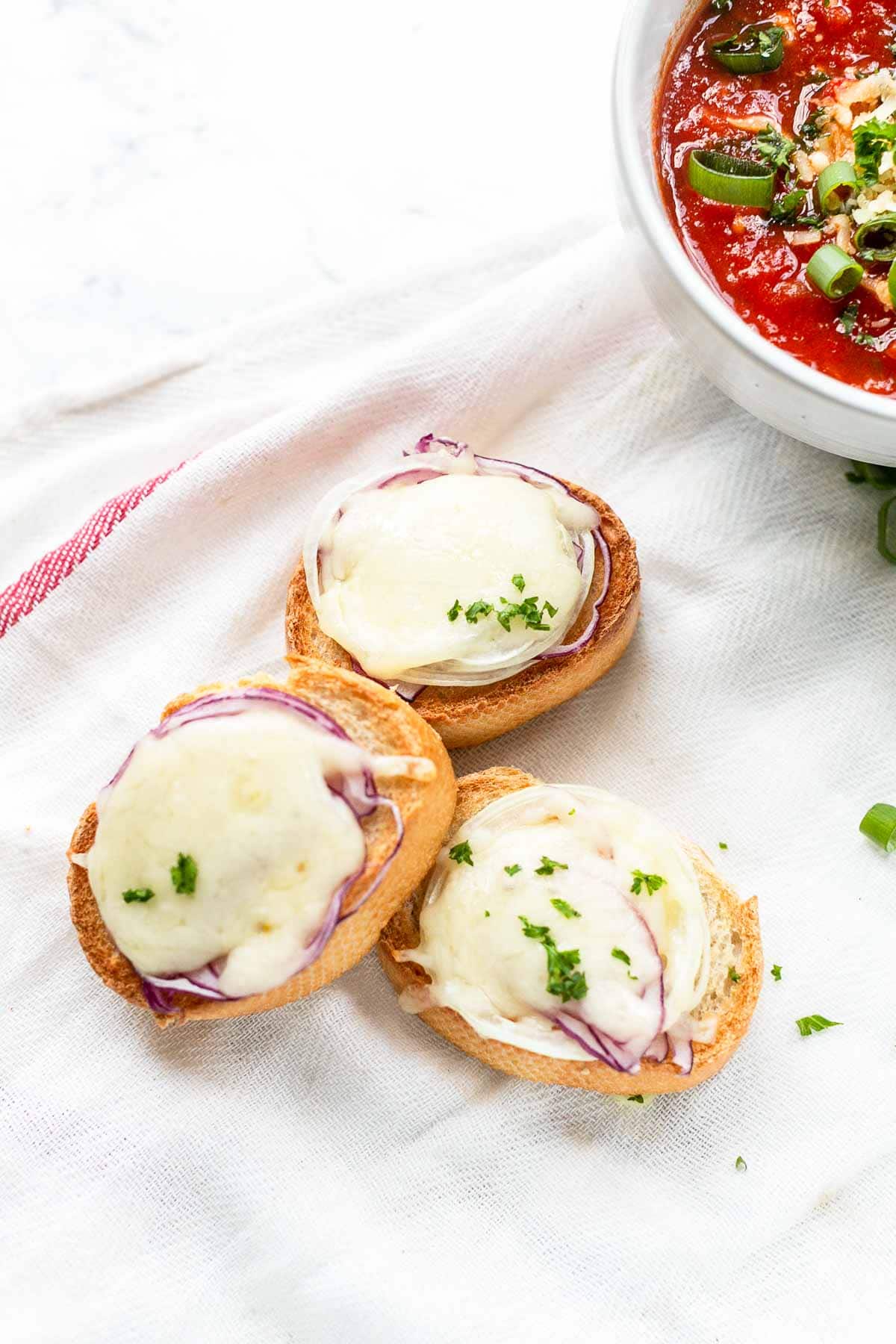 Can you make crostini ahead of time?

Yes, you can make crostini ahead of time. When you toast a crostini you can keep them for up to 3 days.

Store the crostini in an airtight container or a ziplock bag without any toppings. Only add a topping when you are ready to serve.

Can you serve crostini cold?

You can serve crostini cold. After you toasted the bread let the crostini cool down and when ready to serve add you favorite cold topping like: 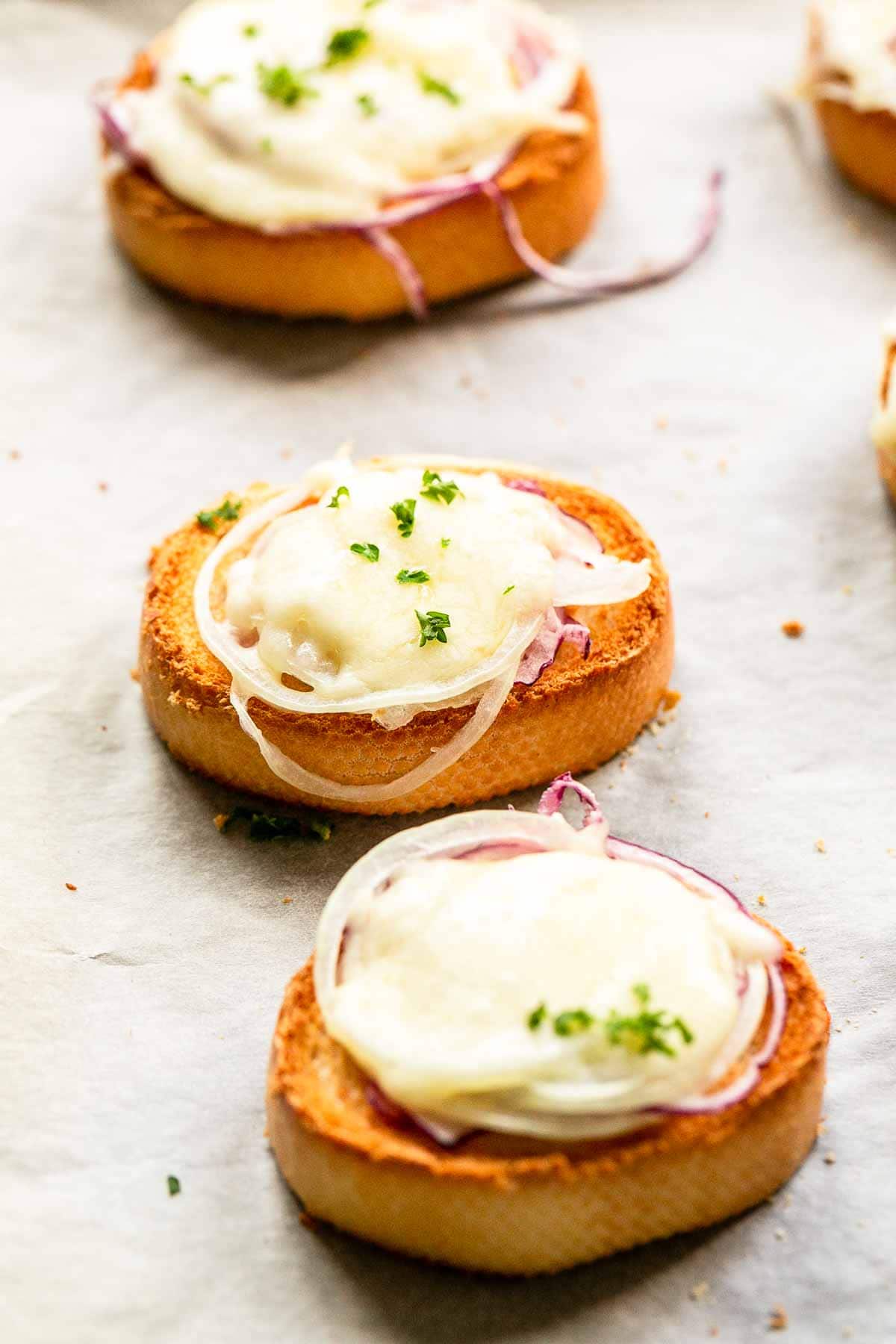 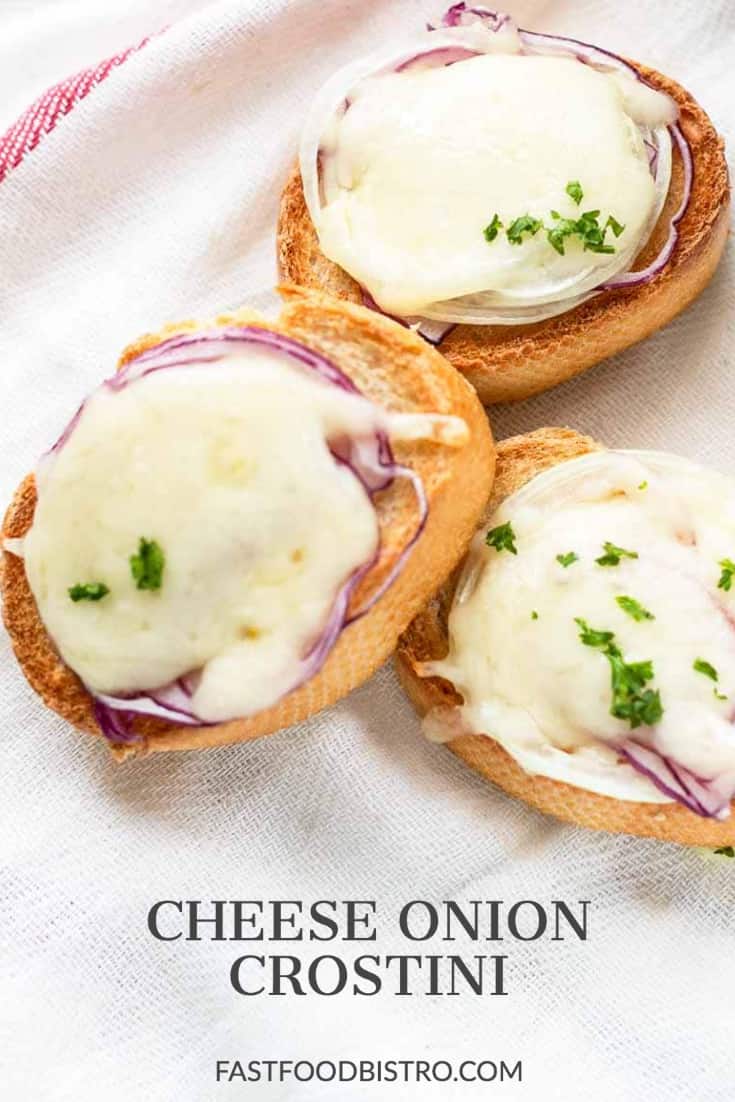 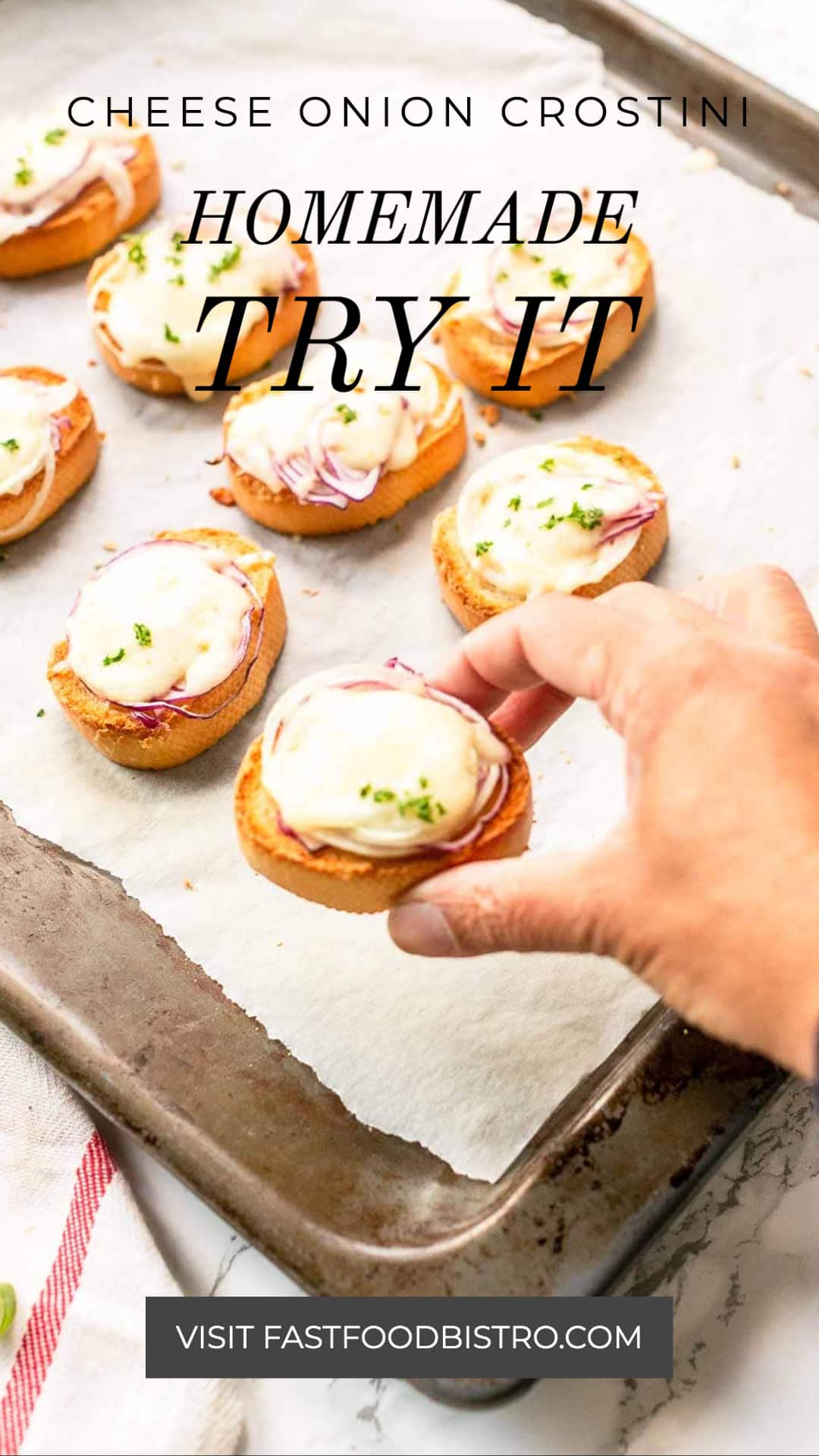 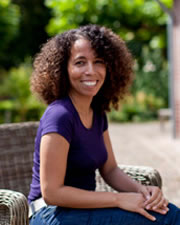 Hi,
So great to meet you in my online bistro! I'm Mireille and love cooking. If you want to learn how you can make fast and tasty bistro style recipes you have come to the right place. Come on in and lets get cooking!
Read more